Treatment that aids body’s fight against cancer on trial 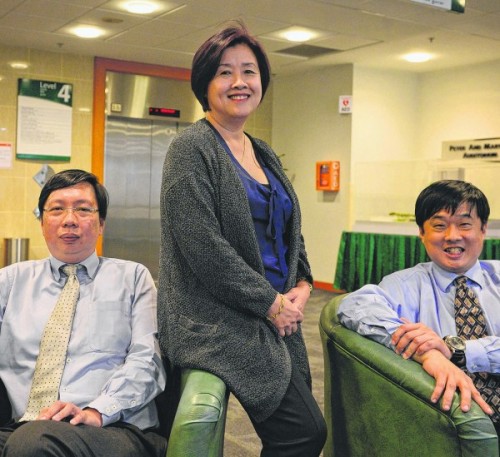 DOCTORS at the National Cancer Centre Singapore (NCCS) are trying out a new treatment that helps the body fight cancer. If successful, it will give patients another shot at getting better after mainstream options like chemotherapy have been exhausted. The treatment, developed by a US biotechnology firm, is currently in Phase 1 of clinical trials, meaning that it is being tested for safety and potential side effects.

Of the four late-stage cancer patients who have had the therapy, which involves a single injection, one developed a rash which faded after a few days. The others experienced no side effects. “Being on a clinical trial doesn’t mean that you’re a guinea pig,” said Dr Toh Han Chong, who is leading the trial. “It can give you an additional treatment that you may not otherwise be able to get access to.”

The therapy uses a weakened virus as a vehicle to introduce a combination of proteins into the patient’s body. This boosts the immune system’s ability to identify and attack cancer cells. “Cancer patients generally have a very weak immune system,” explained Dr Toh, a senior consultant at NCCS’ medical oncology division.

He added that cancer cells are “masters of disguise”, making it hard for the immune system to pick them up. He hopes to recruit around 20 more patients for the trial over this year. One of the first to volunteer was Mrs Janet Quah, 60, who was diagnosed with breast cancer in 2009. “(Joining the trial) wasn’t something that I had to think about for a very long time,” said the administration manager. “I don’t feel any different afterwards.” Those keen on finding out more can e-mail chong.hui.shan@nccs.com.sg or call 6346-8431.