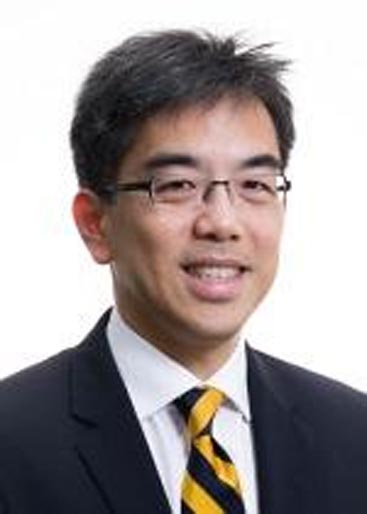 Prof Wong completed medical school at the National University of Singapore (NUS) as a President’s scholar, residency training in ophthalmology at the Singapore National Eye Centre (SNEC), and retinal fellowships at the University of Wisconsin, Madison, USA and University of Sydney, Australia. He has a MPH and PhD from the Johns Hopkins University, USA.

In his role as Vice Dean, Office of Academic and Clinical Development, Duke-NUS Medical School, he coordinates clinical and translational research strategy and execution across the SingHealth-Duke-NUS Academic Medicine Centre. As Head of the Academic Medicine Research Institute, he facilitates and plans the development and support of clinician scientists and clinician-investigator across the campus.

Prof Wong is concurrently the Medical Director of SNEC, one of the largest tertiary eye hospitals in Asia, with a faculty of more than 70 ophthalmologists. The Centre manages more than 300,000 outpatient visits and some 27,000 major surgeries annually. SNEC’s research division, the Singapore Eye Research Institute (SERI), is one of the world’s leading eye research institutes. Prof Wong was previously SERI’s Executive Director (2009-13) and is now the Chairman of its Board.  Prior to his current appointments, Prof Wong was Chairman of the Department of Ophthalmology, NUS and Chairman of the Department of Ophthalmology, Royal Victorian Eye and Ear Hospital, the University of Melbourne, Australia.

Prof Wong balances clinical practice in Ophthalmology, focusing on retinal diseases such as diabetic retinopathy and age-related macular degeneration, with a broad-based research program comprising epidemiological, clinical and translational studies of Asian retinal diseases, and on the use of retinal imaging to predict disease risk.  He has published over a 1,000 peer-reviewed papers, including papers in the New England Journal of Medicine and the Lancet, gave more than 300 invited plenary, symposium and named lectures globally, and received over US$50 million in grant funding as Principal Investigator.

For his clinical service and academic research, Prof Wong has been recognized nationally and internationally with numerous awards, such as the Sandra Doherty Award from the American Heart Association, the Alcon Research Institute Award, the Novartis Prize in Diabetes, the Australian Commonwealth Health Minister’s Award, and the Arnall Patz Medal from the Macula Society. He has been recognized as the top researcher from two Universities: the Outstanding Researcher Award from the National University of Singapore and the Woodward Medal from the University of Melbourne. He has received the National Clinician Scientist Award, the President’s Science Award and the President’s Science and Technology Award, the highest awards for scientific contribution in Singapore